The latest news on our products, our innovation, our design, our brands and much more... 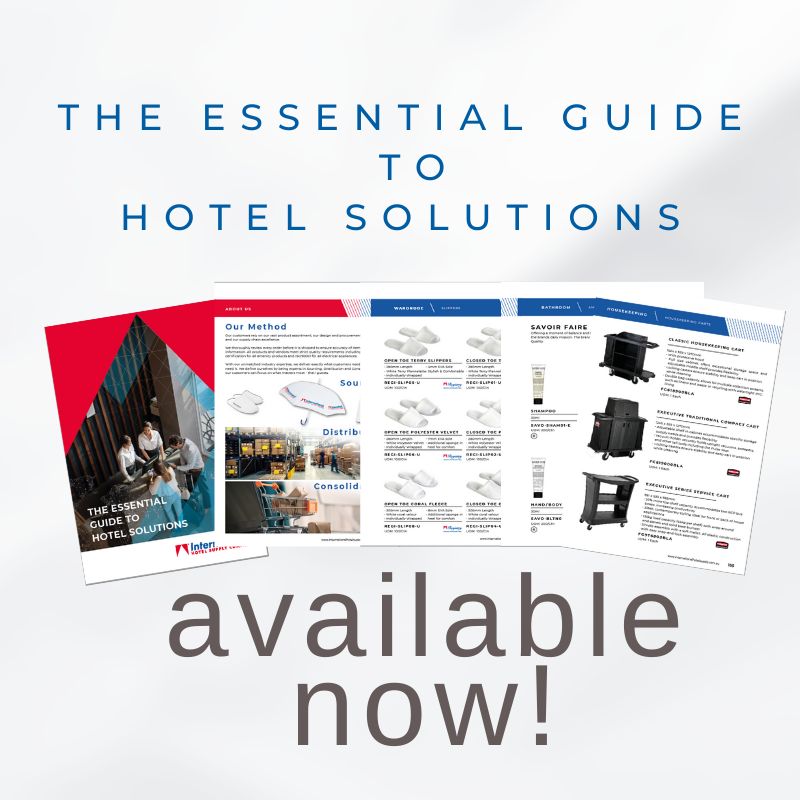 Taking you through the various areas of the hotel, The Essential Guide to Hotel Solutions goes the extra mile in providing you with product codes, high quality images, product specifications and key features & benef its so that you can make an informed decision on your purchase. Above and beyond this we work collaboratively with our customers to produce branded collateral for all your important guest touchpoints and source items specifically for you.

Ordering has never been easier and in your own time you can place orders via our Webshop and expect an on-time, in-full delivery not long after your order is Our donation to Red Cross

Especially in these dire times it is good to do something for someone else! We donated cosmetics that we were no longer able to sell, to RedCross

Established in 1863, the ICRC operates worldwide, helping people affected by conflict and armed violence and promoting the laws that protect victims of war. An independent and neutral organization, its mandate stems essentially from the Geneva Conventions of 1949. We are based in Geneva, Switzerland, and employ over 20,000 people in more than 80 countries. The ICRC is funded mainly by voluntary donations from governments and from National Red Cross and Red Crescent Societies.

The work of the ICRC is based on the Geneva Conventions of 1949, their Additional Protocols, its Statutes those of the International Red Cross and Red Crescent Movement and the resolutions of the International Conferences of the Red Cross and Red Crescent. The ICRC is an independent, neutral organization ensuring humanitarian protection and assistance for victims of war and armed violence. It takes action in response to emergencies and promotes respect for international humanitarian law and its implementation in national law.